The Village Against the World

Today, a reader shared a fascinating article on what they captioned "One solution to the Value Crisis??".  The article was an edited extract from Dan Hancox's book "The Village Against the World".  To put this post into context, you really have to read the article itself, printed in The Guardian in October, 2013. 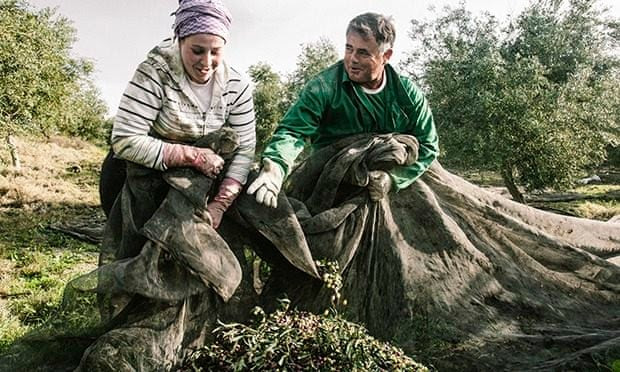 In a nutshell (from his website), Dan's book is the story of the villagers of Marinaleda, Spain, "who expropriated the land owned by wealthy aristocrats and have, since the 1980s, made it the foundation of a cooperative way of life.  Today, Marinaleda is a place where the farms and the processing plants are collectively owned and provide work for everyone who wants it.  A mortgage is €15 per month, sport is played in a stadium emblazoned with a huge mural of Che Guevara, and there are monthly 'Red Sundays' when everyone works together to clean up the neighbourhood.  Leading this revolution is the village mayor, Juan Manuel Sánchez Gordillo, who in 2012 became a household name in Spain after heading raids on local supermarkets to feed the Andalusian unemployed."

Of course, accepting what they have done Marinaleda seems to sanction anarchy and lawlessness.  When you adopt a value system which is contrary to that upon which most of the laws around you are based, those terms are the ones that most easily come to mind.  However, while that is certainly the context, I would like to look at some of the principles being put forward.  The article, being a brief extract, is not very detailed, but three specific characteristics of their model are highlighted:


"Land belongs to those who work it"

In my opinion this is an unfortunate wording of an even grander ideal.  Personally, I believe that land should belong to no-one.  The concept of personal territory is one thing - it occurs throughout nature.  But owning land?  Especially land that you might never have set foot on?  Buying and selling something that was not in any way produced by us?  I prefer our millennia-old tradition of the humans belonging to the land, not the other way around.  What the villagers are really saying (in my preferred interpretation) is that the output of the land - the food - should belong to the people who put the effort into growing it.  And why should it be any other way?


"Everyone in the co-op earns the same salary"

This does not mean that everyone contributes the same amount, or even that everyone necessarily deserves an equal share.  This (again in my personal interpretation) acknowledges the fact that even Marinaleda exists within a system where, to provide the basic necessities of life, one must have money.  They have not yet eliminated that concept from their society (even if they could).  Working from that, it is relatively safe to say that all of the residents have the same basic needs of food and shelter, and so the same salary should cover those for each person.  When money is being used to satisfy basic needs, as opposed to being a determinant of what value people are bringing to the community or how much their individual skills and talents are worth, then it takes on a whole new meaning.  If you can stop measuring happiness by wealth, then the concept of equal salaries becomes fairly benign.

Face it, if everyone has the money they need to buy what they need for a good life, what do they need next?  They need something to do.  They need to be able to contribute to the greater good of the community (and thus their own well-being).  I choose to believe that this is not about choosing labour-intensive crops as a make-work lifestyle so that everyone can make money.  It is about maximizing the resource that you have (labour) so that people can pursue other pleasures without it being at the expense of their neighbour's happiness.  At some level, the pursuit of efficiency crosses over the line from working smarter to catering to a very specific set of values (at the expense of more important values).  As many non-industrial farmers will soon tell you, there is a joy and connection that comes from working the land - from growing and eating your own food.  As it is everywhere with the idea of repairing things, when we stop seeing labour as an evil to be minimized, we learn to find the time to make better, more respectful choices of how to manage the resources that this planet provides to us.  We produce durable, esthetically-pleasing goods.  And we also discover a surprising level of satisfaction from developing the skills to feed ourselves and maintain the items that are important to our lives.


What should be most interesting is to see how Marinaleda fares in the worsening economic crisis that Spain now finds itself in.  It may not be long before your own 'village' is facing the same dilemma.  It is challenging to be a qualitative-value island in the middle of a quantitative-value ocean.  However, that particular ocean is not actually very deep.  Money only has power and value as long as we believe it does.  If the population loses that belief, the value of money vanishes, and that could actually happen overnight.
Posted by Andrew Welch at 11:42 PM No comments: