Early feedback on my book sometimes bemoaned the lack of concrete actions given that can be taken in response to the value crisis that is posited by the work.  There are a number of reasons for this:  I did not set out to propose solutions - my objective of presenting civilization's greatest challenges from a new perspective was daunting enough.  I needed to first discover if my approach would have resonance with others.  Moreover, I didn't have specific actions in mind.  Frankly, my idealism surpasses my formal training or practical experience in global sociological change.

All that being said, if readers did accept my paradigm, I could not simply ignore the frustrating question of "So what do about all this?" 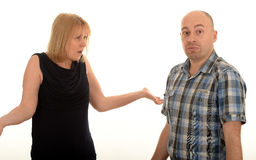 Indeed, I don't think it was ignored, but my responses may not have been very clearly spelled out.  For example, one of the consistent approaches that I adopted was to present each chapter topic in the context of a personal anecdote - often the event that inspired my original thoughts in the first place.  One could certainly derive actions from some of the behaviours described that I have found useful for myself.

Also, an important element of the book is the boxed text "Key Ideas" that appear throughout the work.  Reading through the summary of these ideas, listed after the Conclusion, it is not difficult to derive some specific actions that motivated readers could take in response the the value crisis.  Let's look at what some of these might be.

1.  ACCEPT that you can never maximize a number-based value such as wealth, so that is meaningless as a goal.

As Benjamin Franklin wisely said: "Money never made a man happy yet, nor will it.  There is nothing in its nature to produce happiness.  The more a man has, the more he wants.  Instead of filling a vacuum, it makes one.  If it satisfies one want, it doubles and trebles that want another way."  Money is a tool - a means to a goal of real value.  Determine what that real objective is for you, and pursue that instead.  By doing so, you define wealth sufficiency.  Let your standard of living determine your income, not the other way around.  Reducing the amount of money that you need will achieve happiness far more easily than trying to increase your income.


2.  RECOGNIZE that true values are specific to context, culture, and individual.  They cannot be translated into a number.

Make a conscious effort to stop thinking about value in terms of numbers.  Choose quality over quantity.  Don't measure your love for others by the amount of money you spend on unneeded gifts.  Yes, the plight of low-income families in the West is such that shopping at WalMart for cheap goods from China might be a necessity.  But those big box and dollar stores are also filled with plenty of well-heeled shoppers looking for bargains and deals.  Stripping resources for goods that won't last and filling up land-fills with single-use products shows no respect for the planet we leave to our children.  Instead of asking "How can I pass up on this great price?", ask yourself "Do I really need this item?"  I do appreciate the very human joy that can come from getting a great deal - we are all wired that way.  So try barter, borrowing and gifting with your friends and neighbours.  Those are real win-win transactions.


3.  SPEND your hours in ways that produce genuine non-numeric value for yourself and for others.

This is usually done through activities that number-based thinking would consider a “waste of time”. No, you don't have to start weaving your own clothing - unless that brings you joy.  You can start by simply repairing more things, reusing more resources, volunteer more, help out your neighbour, be productive in a non-quantitative way.  Such pursuits can truly be rewarding beyond measure.


4.  AVOID usury, debt of any kind, and false wealth creation by math alone.

Contrary to modern usage, the term "usury" actually applies to any agreed transaction where wealth is transferred without a corresponding addition of value or sharing of risk.  Money should represent a transfer or storage of real (past) value.  So don't borrow money from banks.  When you get a bank loan, it does not come from the money on deposit with the bank.  Instead, the bank creates this money from nothing, based on your signature.  Money borrowed from a bank represents future wealth that does not yet exist - wealth that must be created by society from nothing, just to cover the interest.  Buying now and paying later is not just a trick for instant gratification - that debt accumulates on our planet as well as on our account.  It is a mindset that will eventually destroy the ability for the planet we live on to cough up the balance that we need for survival.


5.  KNOW that corporations are driven by our actions.  If we change, they will too.

So change your actions.  Mining and petroleum conglomerates might be wreaking environmental havoc in search of profit, but the demand and the money come from us.  If we are willing to buy motion-activated plug-in air fresheners that spray chemicals into our living space, someone will make them.


6.  REFUSE to accept economic growth as a goal or even a measure of your government’s success.

Managing the economy is the job of the marketplace and the corporations.  They are both focused on growing the economy.  The mandate of government should be to represent our unquantifiable citizen values.  We must demand that governments end their false mandate of focusing on Consumer and Investor values. Citizen values must come first, not economic growth.  The first step is to measure Genuine Wealth instead of GDP.  This is an initiative that has been started all over the world and is being promoted by the UN.  Insist that your own governments start adopting those measures.


7.  VOTE out false democracies and flawed systems such as “first-past-the-post”.

Here's a bold claim:  Representative democracies are unfair and ineffective.  You'll have to read Chapter 9 to know how I backup that assertion.  That chapter also introduces the concept of a wikiocracy - believe it or not, they are already out there.  I suggest that we all try to support alternative systems that allow for increased involvement in decision-making for anyone who chooses to get involved.  Participative democracies are slowly being established in some forward-thinking municipalities.  Make yours one of them.


8.  START your own transition now, before the system collapse does it for you.

The crisis is coming.  I can't tell you whether it will be an economic collapse or an energy shortage or an environmental disaster or all three.  But maintaining the current system is impossible.  Why wait for the rug to be pulled out from under you?  The good news is that achieving greater self-sufficiency, neighbourly interdependence, community resilience, and human value prominence can give us a higher quality of life right now.


There, that should get the some of the conversation started...!
Posted by Andrew Welch at 3:39 PM